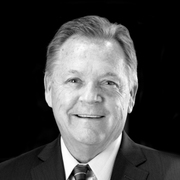 Robert Groesbeck is Co-CEO of Planet 13 Holdings Inc., a publicly-traded, leading vertically integrated cannabis company based in Nevada. The company’s 112,000-square-foot Las Vegas dispensary, which opened in November 2018, is the largest world’s largest cannabis SuperStore and entertainment complex. Mr. Groesbeck has been in the Las Vegas area for the majority of his life. He has been a long-time entrepreneur, starting and/or assisting in the creation of a number of businesses. Mr. Groesbeck was designated as one of the top forty Southern Nevada Business Executives under the age of forty, on the basis of his professional achievement and community service by the Las Vegas Business Press.