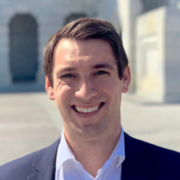 David serves as the Director of Policy and Government Affairs for the Liaison Group. Using a pragmatic and evidence-based approach, David has influenced cannabis policy on the federal and state level. Prior to joining The Liaison Group, David served as the Director of Government Affairs & Counsel for Americans for Safe Access, the nation’s largest nonprofit representing medical cannabis patients. In this role he authored several publications including 2019 State of the States Report: An Analysis of Medical Cannabis Access in the United State sand acted as a policy resource for lawmakers around the country. David has also worked as a Legislative Fellow for a senior Democratic member of Congress on the House Ways & Means Committee, and as an attorney in private practice.