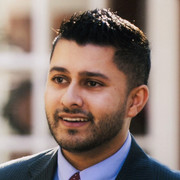 Raj has been the CEO and cofounder of four successful medical cannabis companies, two of which have exited to large publicly traded multistate operators, as well as several healthcare and technology ventures. Presently a State Assemblyman in the New Jersey Legislature, he serves as Deputy Speaker Pro Tem and Chairman of the Judiciary Committee in the New Jersey General Assembly. He is also an attorney and previously served as Deputy Mayor of Jersey City, the state’s second largest city; a municipal prosecutor; a Sergeant in the U.S. Marine Corps Reserve, where he served in military intelligence; and Chairman of the Jersey City Housing Authority for 12 years.